Ursula has held a lifelong passion for music, dance and theatre. As a child she studied Classical Ballet, performed in various schools musicals and productions, including West Side Story and Addicted, and she was a member of The Peruvian Folkloric Dance Group.

Originally from Melbourne, Ursula relocated to Sydney in 2005 to concentrate on a career in Architecture and Interior Design. In 2007, after a long absence from music, dance and theatre, Ursula’s passion was rekindled when she joined Studio Verve Dance Fitness®. 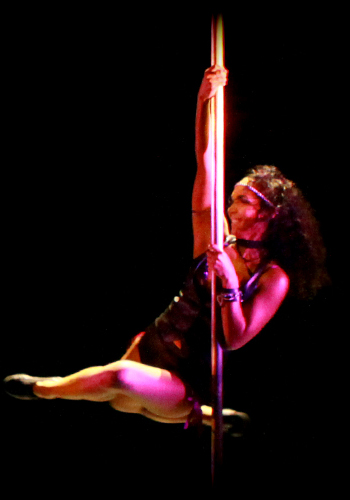 Ursula’s strength and fitness escalated and she regained her confidence as a performer dancing alongside a supportive team of dancers.

Ursula believes dancing and music are the expression of her heart and soul, and she is delighted to be a part of Pole Evolution™ Dance Company’s Spiral Rhythms in 2010.