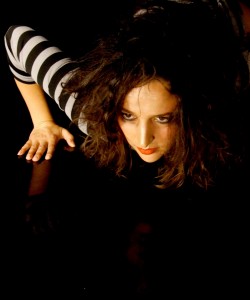 Melisa Gowen is an independent dancer and dance teacher.
Melisa is a graduate of the Victorian College of the Arts, receiving a Bachelor of Dance Hons in 2003. During her years at the VCA, Melisa had the privilege to work with renowned choreographers John Utans, Dr Don Asker, Anna Smith, Neil Adams, Simon Ellis and Brett Daffy.

Her earlier training, she studied full time classical ballet atEcole Classique in Sydney, where she attained her Advanced Certificate and Teachers Certificate (Dist) from the Royal Academy of Dance. She has taught Classical Ballet and Contemporary dance for over 10 years for private and tertiary institutions including professional classes at Chunky Move in Melbourne. She has a strong passion for dance education and presently teaches at The Ballet Class in Rose Bay.

During her Honours year at VCA, Melisa co-directed a dance education tour, Taking a Chance to secondary schools in Melbourne and Regional Victoria. She presented her own choreographic work Await and performed in Phillip Adam’sToro Intermezzo. In the same year she undertook a professional secondment with Dance North, Townsville, performing in their season of The Dancer and the Dance.

Melisa is a recipient of The Keys-Arenas Dance Scholarship Trust for 2011.