Cynthia is a university trained Dietitian and Exercise Physiologist, and has been in the fitness industry for over eight years. Prior to discovering pole dancing, Cynthia had no background in dance; her main form of exercise was distance running. She decided to try pole dancing in 2011 after seeing a flyer for a local studio in Cairns, QLD. In 2012 she returned to Sydney and began classes at Suzie Q Pole Studio, and since then has attended classes at many different studios with the goal of learning from a variety of instructors.

In February 2014 Cynthia’s first competition saw her win the Vertical Limits’ Amateur division with a Lara Croft inspired routine. Following this success, she was cast as a dancer in Pole Evolution’s ‘ELEMENTS’ production in October. In 2015, she opened her own pole dance studio, Transition Pole Dance Studio, in Mudgee, qualified as a national finalist for Pole and Aerial Rising Stars, and placed 1strunner up at the NSW Pole Dance Championships which led to her qualifying as a national finalist for the Australian Pole Championships. 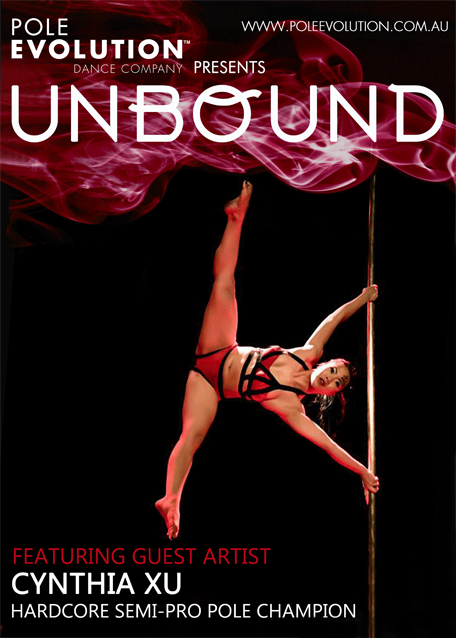 We are thrilled to welcome Cynthia back to the Pole Evolution stage this October.