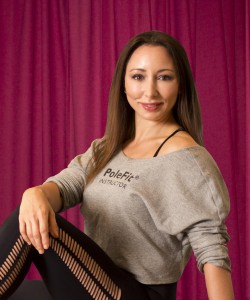 As a classically trained dancer with over 25 years’ experience in performance, choreography and teaching, Jennifer has performed with the West Australian Ballet(Romeo and Juliet) and the Premier State Ballet (Shades, L’Invite, Suite en Blanc, Les Patineurs, Vivaldi No. 5, Don Quixote and Paquita), Studio Verve’s 2008 PoleFit® Debut at Carriageworks, Pole Evolution™ 2009 at Carriageworks and at various corporate events including the Ponds Skincarelaunch, Sentimental Productions at Town Hall, Fitness First launch of ‘The Edge’ on Spring St and the 2008 Australian Fitness Expo. She has also been actively involved in the television and music industries, having appeared in ‘Home & Away’, ‘Mission Impossible II’ and  featured on TV shows “What’s Good For You”, “Dancing With the Stars“, “2006 Australian MTV Awards“ and rock group Squire’s “Lonely Soul” and Cosima de Vito’s ‘One Night Without You’ music video clips. She has also appeared in various print media including The Daily Telegraph, Australian Women’s Health & Fitness Magazine and Time Out Magazine. Jennifer graduated from the McDonald College of Performing Arts where she completed a 2 year full-time Diploma in Dance and also attained her Advanced Certificate in Classical Ballet. 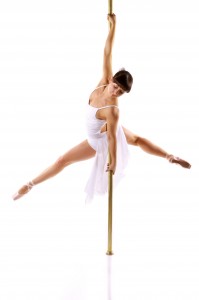 Her rigorous training included Jazz, Contemporary, Pilates, Plyometrics, weight and strength training and Anatomy. On completion of her studies at McDonald College, Jennifer had the exclusive opportunity of training extensively with the Argentine Ballet Company under the guidance of Lidia Segni (Company Director), Raul Candela (Principal Artist) and Laura Alonso (Director of the Cuban Ballet Company). Returning to Australia, Jennifer furthered her studies atEcole Classique; undertaking an intensive one year full-time Classical Ballet program where she gained her Teaching Certificate and received a Distinction from the Royal Academy of Dance. She has since taught at many dance schools including Osborn Academy of Dance, McCarthy Dance Academy, K & N Academy of Dance and Ravenswood Private School. Taking time out to pursue a career in the travel industry, Jennifer undertook her first pole dancing lesson whilst living in London where it was starting to emerge as a new form of fitness. She pursued this interest upon her return to Australia and her love for dance was once again rekindled. In 2004 Jennifer founded Studio Verve Dance Fitness® and in 2005 she successfully pioneered her PoleFit® program into Fitness First. With her passion and infectious love for dance she has inspired women of all ages and fitness levels to embrace dance and nurture their physical and emotional well-being. Her proudest artistic achievement is the creation and production of the sell-out show “Pole Evolution™” held at Carriageworks December 2009 subsequently leading to the inception of Pole Evolution™ Dance Company. Jennifer’s mission is to provide talented dancers with an opportunity and an outlet for creative self-expression, motivating company members to reach their fullest potential.