Emily’s love of performing began early when she joined her local theatre company as a young actor. She went on to study drama, communication and film at University and has acted in several Australian films. After graduating, Emily moved to Sydney to pursue her media career where she currently works for Foxtel.

Emily’s passion for dance and performance was rekindled in 2007 when she started dancing at Studio Verve Dance Fitness®. She has been studying pole dance ever since and has experienced a huge increase in strength, body confidence and dance technique. She performed at Studio Verve®’s annual shows in 2007 and 2008, she has undertaken acrobatic and contemporary dance classes through Studio Verve® in order to further her dance repertoire and she also represented the studio at the 2008 Fitness Expo. 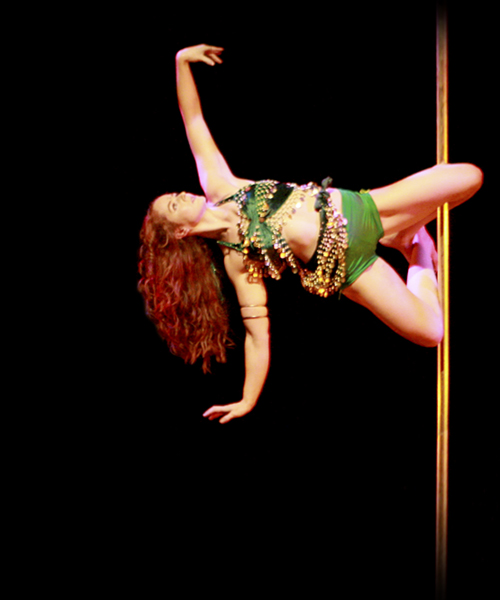 Emily now shares her positive experience with others as a PoleFit® Instructor.

Emily is thrilled to be a Pole Evolution™ Company Dancer and she believes Spiral Rhythms 2010 is a unique opportunity for her to not only exhibit her pole dance skills, but also fuse these with traditional dance, performance artistry and her love for taking the stage.