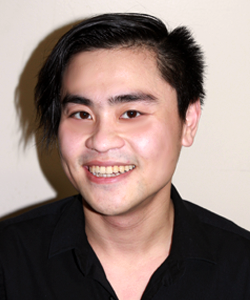 Wesley commenced pole classes at Studio Verve in 2013 and has a background in ballet and Chinese folk dancing. Keen to perform he made his small stage debut at a Studio Verve Open Night in 2015. He finished the year performing both a solo and doubles pole act in Polarity at the Factory Theatre.

Wesley’s performances are filled with drama and emotion and his favourite skills are those that combine both flexibility and strength.

UNBOUND 16 will see Wesley performing both a solo and a doubles pole act.