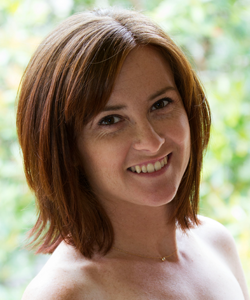 Kim has always enjoyed trying different forms of dance; starting with jazz and tap classes from three years old, with a little bit of Rockabilly and line-dancing thrown in.

As an adult, Kim took a PoleFit Intro course that Studio Verve offered through her gym, before joining the studio in 2007.

Moving overseas and work commitments meant that Kim stopped pole dancing for a time, but she re-started at Studio Verve in 2012. Kim finally braved the stage at the Studio Verve Open Night in August 2015 with some fellow lyrical students, before being part of a group lyrical performance at the Studio Verve Student Showcase ‘Polarity’ in November 2015.

She is excited to be taking the next step in her pole journey by performing as a soloist in UNBOUND.